By using this site you agree to the use of cookies for analytics and personalised content.
Go to the content
Shortcut to footer
Search
Your favorites
To startpage

Mikaela Lodén
Mikaela Lodén
Vaxholm was granted a town charter in 1647, but the region already had permanent settlements a thousand years ago. For a long time, life on the island consisted mainly of fishing, military activities, and summer guests.

From Vikings to Gustav Vasa

There were small villages on Bogesundslandet, Rindö and Resarö in the Viking Era. People began settling on Vaxön in the late 13th century, and in the mid-16th century King Gustav Vasa ordered the construction of a fortress between Vaxön and Rindö to defend the approach to Stockholm.

Gradually, the town of Vaxholm grew up on Vaxön, across from the fortress. The Vaxholm Citadel, the old fortress, still reigns over the sound outside the village. A visit there will take you all the way back to the days when the Citadel was its own little community with top military officials, soldiers, officers’ wives, maids and prisoners. You can trace the evolution of the archipelago defences over 500 years at the Vaxholm Fortress Museum.

Read more about the Citadel here 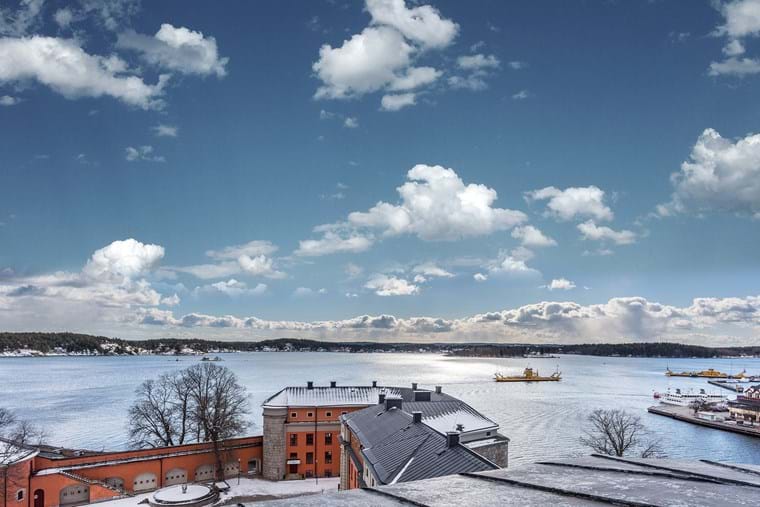 The primary occupation of the islanders in the late 19th century was fishing. Vaxholm herring was very popular in Stockholm, brought to the market square in the capital city every morning and sold fresh, not salted. Fishermen rowed great distances to catch the herring, sometimes all the way out to Sandhamn. Even today, Vaxholm is known for its herring – a delicacy that is still served in local restaurants. Come and enjoy it on site!

From the late 1860s until a bit into the 20th century, Vaxholm was a resort town for bathers. Wealthy Stockholmers came here for the fresh air – Stockholm had an unhealthy environment, with stinking sewers and no waste collection. Vaxholm offered several forms of bathing, in cold bathhouses, warm bathhouses and a salt-and-malt-infused mud bath with steam. Then there were the Rindö baths, with Europe’s most mineral-rich waters. The archipelago town became a magnet for summer guests.

The past meets the present

Today, you can enjoy a wonderful blend of boating, elegant wooden houses with ‘punsch verandas’ and bustling streets here. All in a glittering, bountiful island environment. If you pick the right dates, you can be here for Archipelago Ferry Day, the Herring Row, the archipelago market, the Christmas market or one of our many other enjoyable events. 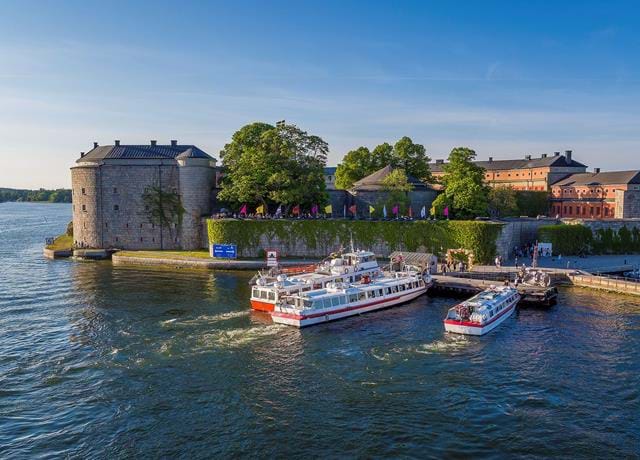 Vaxholm Already in 1548 King Gustav Vasa ordered to build a fortress at the islet and a village started to grow across the strait which in 1647 became a town. The fortress, as we see it today was completed in 1863. 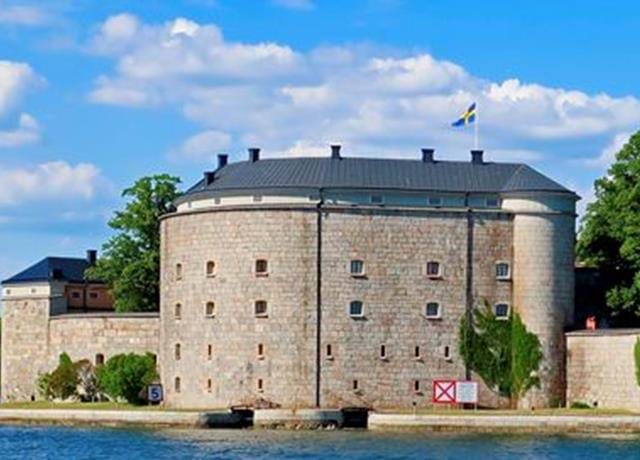 Vaxholm The Fortress Museum is showing the Sea- defence of the capital of Sweden, Stockholm with exhibitions of the military history, from the 16th century untill today. Many exhibitions about the life in the Fortress 100 years ago. 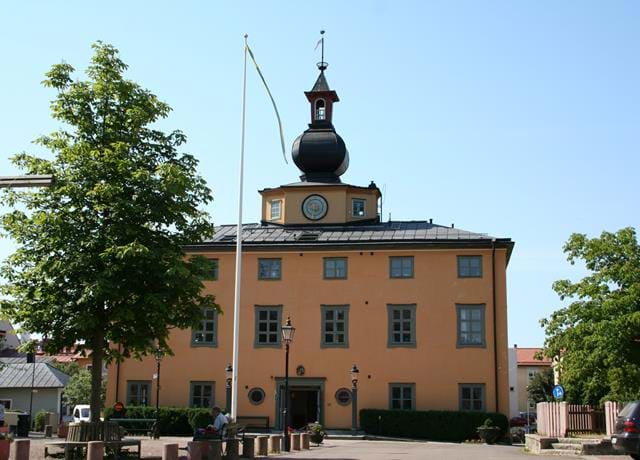 Guided City Tour in Vaxholm for groups with their own Smartphone

Vaxholm |Translated by Google translation| Welcome to order guided tours throughout the year in Vaxholm. Our guides will show you around the city's oldest section. Map of "self guided tour" of the smartphone to Vaxholm attractions can be found in Vaxholm holidays. 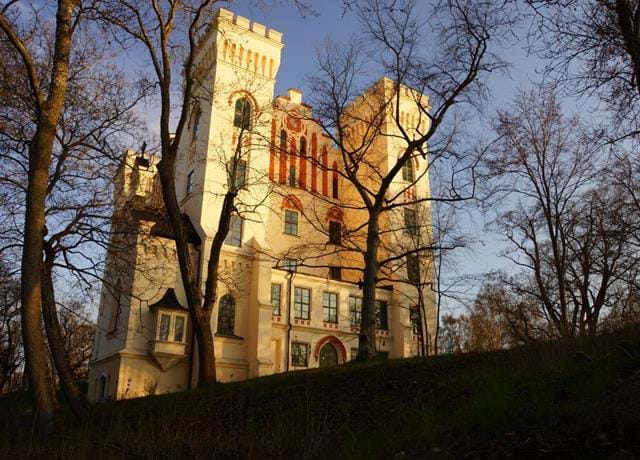 Bogesund Construction began on Bogesund Castle as early as 1642, ordered by Count Per Brahe the Younger. Today it has guided tours every Saturday and Sunday in the summer (except for Midsummer weekend). 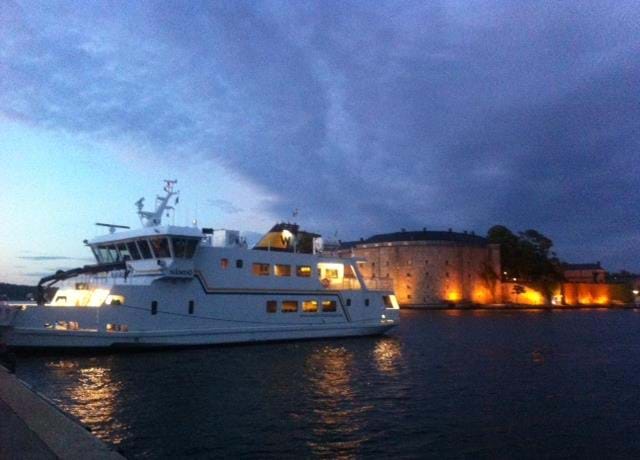 Vaxholm Walk through Vaxholms oldest neighborhood and hear about the dark memories of the city. A different city tour where the guide tell you about of murder, black death, executions and haunted places. After an hour of eerie walking you are welcome into the cozy restaurant Hamnkrogen. 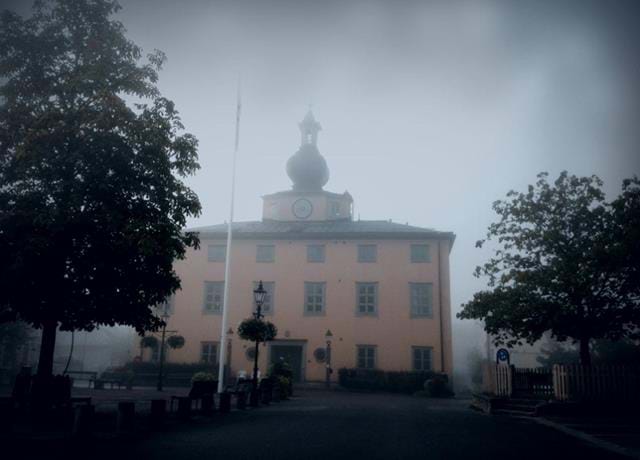 The dark memories of Vaxholm

Vaxholm Walk through Vaxholms oldest neighborhood and hear about the dark memories of the city. 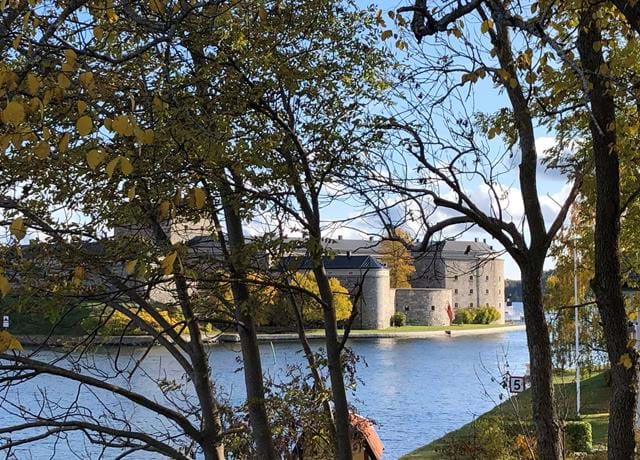 Guided tour in the central of Vaxholm 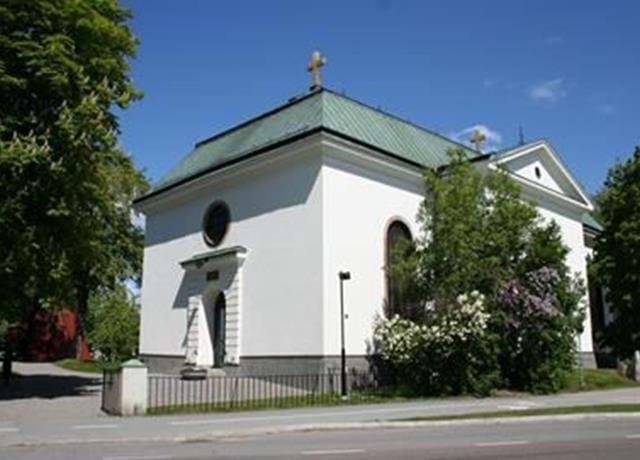